Tag Archives: Pirates of the Caribbean 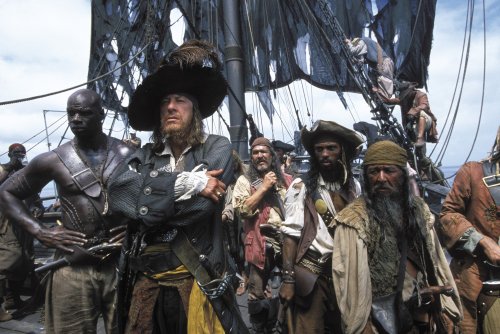 Was Capt. Barbossa on the Paleo Diet?

This week I’m deviating from my gluten free theme and focusing on the Paleo Diet.

I work for one of the largest Canadian news organizations, and last week I penned a health article on the controversy surrounding the diet.

I really didn’t know much about it. While I had come across many a Paleo recipe in my never-ending online hunt for meal ideas, I didn’t really know what it was. I just knew that when I found a Paleo recipe, it was gluten free, too.

In my research, I stumbled upon numerous articles that either supported or criticized the lifestyle. After many hours of reading (it was hard to pull myself away from the debate, actually), all I had in my mind was a scene from the first Pirates of the Caribbean, where Captain Barbossa is giving Elizabeth Swann a good verbal smack-down of what the Pirate’s Code is all about.

“The code is more what you’d call ‘guidelines’ than actual rules,” he spits out with a smirk.

It’s a classic scene, and I tried oh-so hard to find a way to incorporate it into my article. I didn’t actually do it. Alas, there was no smooth way to pull it off. But I did allude to it. For those who read the article below, you’ll see how I wove it in.

Anyway, this scene was ringing in my mind when reading about the Paleo Diet because when it comes down to it, to eat like a caveman does not mean to eat exactly what he ate. Those who embody the lifestyle model their nutrition plan on our ancestors using the food available to them now.

There’s more I could say about the Paleo Diet, but why not let the article do the talking from here?

And for those who are now compelled to catch that Pirates of the Caribbean scene, here it is, in all its (blurry) glory.

Filed under Just for fun, Uncategorized